On June 8th ended the 6th edition of die Seriale 2020. For 6 days viewers all around the world watched the web series attending the festival through online cinema Videmic, staying at home on their couch. Due to the pandemic situation, the oldest German festival for web series had to be moved to the Internet as a digital live event. It was different, it was not the Seriale we were used to, but it was a new way to be together, a new way to keep the community united and to reach much more people. Over 60,000 views of the series sequences could be counted, and this is something! The festival had a rich program of online panels, talks and discussions, but highlight was the festive Die Seriale award ceremony 2020, which was broadcasted on June 7th, as a live stream on the Seriale homepage and its social media channels. Let’s dig into this digital live Die Seriale and discover all the winners of the 6th edition!

THE ONE WHERE DIE SERIALE AND THE COMMUNITY MET ONLINE

In all these years we got used to meeting offline, in Giessen. And, as it happened with a lot of other festivals, it became kind of a tradition, an occasion to meet new creators and the opportunity to hug old friends. But 2020 had different plans for the entire world. Some festivals decided to postpone the dates; some others preferred to cancel the 2020 edition. And some others chose to go digital. Each decision – we know that – was hard to take and we support all the festivals with their own choices.

Between those that decided to go online, we have also Die Seriale, the oldest German festival dedicated to web series. We can’t deny that we were so glad about this decision. Die Seriale is a fantastic festival that has always given a lot to creators: it has always been an occasion to learn, to meet, to discuss and to have essential possibilities of networking.

This year all that learning and networking spirit that makes the Seriale festival one of a kind, could have been missed because of the pandemic situation. But luckily it did not happen. The festival crew was a real team and was amazingly able to handle a quick change of plans. The mayor of Giessen, Peter Neidel, also commented about the Seriale Pro: “It is really incredible how quickly Csongor Dobrotka’s team has turned the Seriale Pro into a functioning web event this year! I admire the commitment and creativity of the makers and I am very happy to have this creative company in Giessen and to be able to support it through our Economic Development Department“. With a lot of efforts and (we assume) sleepless nights to reorganize everything for a digital event, they did it. And they did it well. For the entire event (6 days of online meetings, talks, a red carpet and an award ceremony) they preserved that calm attitude and those smiles that distinguish them. They were able to keep the community together, and we all felt less the geographic distance.

It was not like being in Giessen, but it was a great digital edition of a great festival. We all had the possibility to interact, to discuss with each other, to listen to creators and awesome people of the web series community. Even though we were on Zoom, Twitch, social media and the festival website, we were together, vis à vis, having fun, learning, improving our selves and making this community a little bit bigger. We were a lot attending the online festival; we were all connected, active in sharing, posting, chatting, spreading the word of Die Seriale’s digital edition. And the series sequences received over 60,000 views! Everything, from the panels to Die Seriale award ceremony, passing through the online red carpet, was remarkably well directed. The German festival rock this challenge out and let’s take a look to some official info!

So, the festival went online and organized a digital Red Carpet Event, in which 120 series creators from all over the world joined in and gave short interviews about their series. “During the last weeks, our 24 Jury members of international experts had the extremely difficult task of selecting the winners for the 19 Seriale Awards out of 71 series and pilots from 18 countries in the Official Selection”, said Lord Mayor of the city of Gießen Dietlind Grabe-Bolz in her welcoming speech. The award ceremony was presented virtually to the filmmakers, who had previously given interviews via online conference on the Red Carpet. 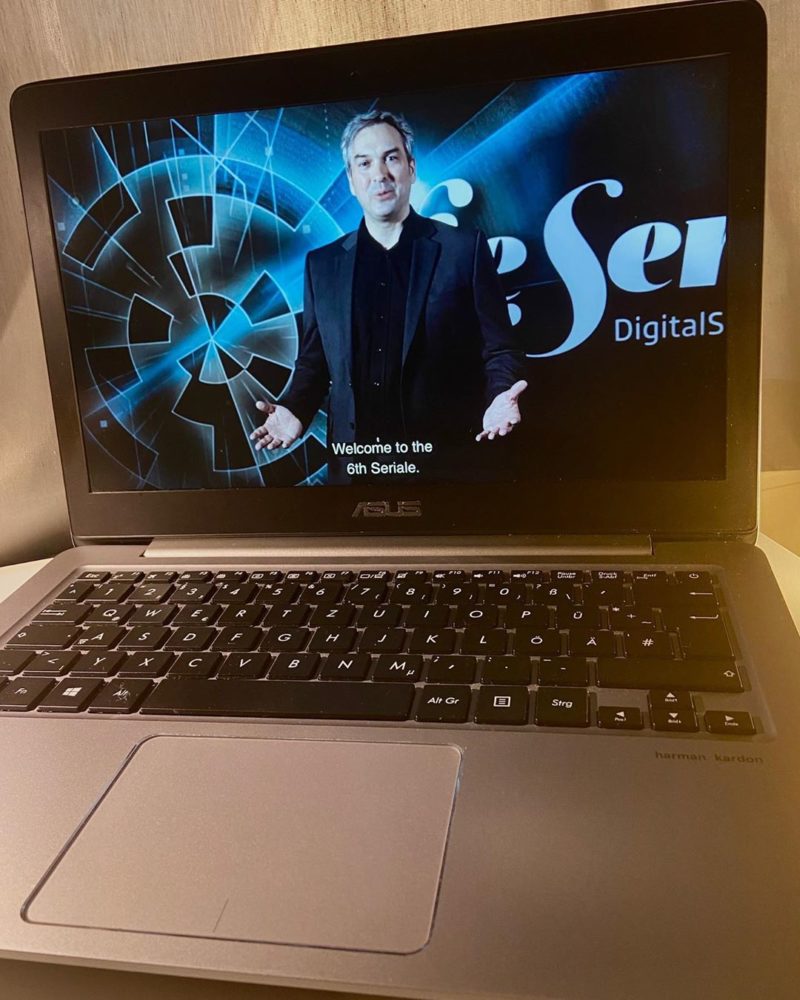 Festival director Csongor Dobrotka, during the live stream of the Award Ceremony, gave thanks “from the bottom of my heart all those who trusted and supported us to get this year’s festival going despite the circumstances”. It’s out of doubts that the Seriale has developed into a flagship for both the hessian festival scene and the international web series landscape. Moreover, in its 6th edition, Die Seriale was able to reset its soul and “bring the big cinema screen back to the roots of web series: to the internet and the mobile devices”, as poitend out by Anna Schoeppe, CEO of the main supporter HessenFilm und Medien.

The festival’s program also found its way onto the Internet and social media channels in the form of online panels. It was kicked off with the Educational, in which discussion rounds and contributions provided a snapshot and shed light on the future of this changeable format. Among other things, it gave an insight into the Indian web series landscape and innovative formats were also analysed.

“Digital series are an important factor of diversity due to their often independently produced content. And the deeper and scientific study of this series format is a corresponding, important factor”

Festival directors reported on their current difficulties and series makers tried to find out where the format will develop. With a record number of 57 speakers from all over the world, the Business Meeting Seriale Pro, well known in the international web series industry, took place over two days with 5 presentations with Q&As, half a dozen discussion rounds and as many business talks.

A special premiere took place on June 6th, when was started the world’s first online market for web series: DIMA-Digital Market. Accessible at www.dima-market.com, the platform is a Seriale project in cooperation with the Minnesota Webfest and Bilbao Seriesland. The aim of this platform is to allow serial producers to present their projects to potential buyers, co-producers and video platforms.

THIS IS NEW! Have you seen the opening of the DIMA Digital Market this afternoon? Do you have questions how to participate or what it is all about – don’t hesitate and ask us! More informations: www.dima-market.com #dima #digitalmarket #weareopen #new #serialepro

HEY YOU, THIS IS NOT ALL. WANT TO SEE ALL THE WINNERS OF DIE SERIALE 2020? YOU CAN FIND THEM ALL AT PAGE 2!

Die Seriale 2019 🇩🇪 the oldest German webfest has its 5th great edition
Special from Die Seriale 2017 - What we've learnt in Gießen during the first two days
Wendie Web Fest: Nina Heinrich tell us everything about this new awesome webfest