Die Seriale 2020 🇩🇪 the 6th edition will be an online event 💻

It’s time for Die Seriale 2020. Germany’s oldest festival for short-form and innovative web series will be held for the sixth time in a row. However, this edition will be different “due to the repercussions of the Corona-pandemic we had to change the dimensions of the festival. Instead of the usual physical form, the Seriale 2020 will be organized as an extensive online event. Since the founding in 2015, we’ve been bringing web-series to the big screen. Now we’re showing them on the medium that they are originally made for: the Internet through mobile devises”, explains festival director Csongor Dobrotka.

Due to the pandemic situation, Die Seriale 2020 – as well as some other festivals – had to rethink its nature and become an online digital event. On one hand this make less easier the networking between creators, but on the other hand it creates the condition for bringing web series back to the Internet medium and the wonderful work done by the talented creators will be available to an even wider audience this year.

62 digital episodes and 9 pilot episodes from the competition will be exclusively shown through the online cinema Videmic. Series from 18 different countries and genres ranging from drama, romantic comedy, documentary to horror, thriller, science-fiction and animation will be presented. Many premieres, even world premieres, are part of this year’s program. The festival will be opened on Wednesday, June 3rd at 4:00 PM with a speech by the mayor of Gießen, Dietlind Grabe-Bolz.

So, this year, everyone can join the event and watch all the nominated series and pilots that the festival usually screen at the movie theater. “Access is free, and everyone can join! The episodes will be available on demand exclusively through our online cinema Videmic throughout the entire festival”, says Csongor Dobrotka. The link can be found on the Seriale official website homepage.

During the festival, all episodes will be available on demand exclusively through the online cinema Videmic

PANELS, DISCUSSIONS AND LECTURES WILL BE ONLINE AND ON THE VIDEMIC APP

Of course, Die Seriale 2020 will have also a rich program of lectures, discussions and panels. Everything will be streamed online on the festival homepage, on Facebook and Instagram, as well as on the Videmic app, which has a Seriale-channel.

Photo Credits: Ralf Hofacker | This year’s extensive supporting program of lectures, discussions and panels will be streaming online. The sixth Seriale will have lectures as part of the Educational available online.

During the Educational, which will be happening in cooperation with the Hesse Film- and Media Academy for the fifth time, on June 5th from 10:30 am to 6:00 pm, international experts will examine digital series from a media-scientific point of view, trying to answering the question: How is this format developing?

HOW WILL BE THE ONLINE AWARD CEREMONY OF DIE SERIALE 2020?

Several international juries will select the best series of this year for different categories. During the festive award ceremony on Sunday, June 7th 8:00 PM, winners will be honored. The award for Best Series includes a prize of 1.000 Euros. 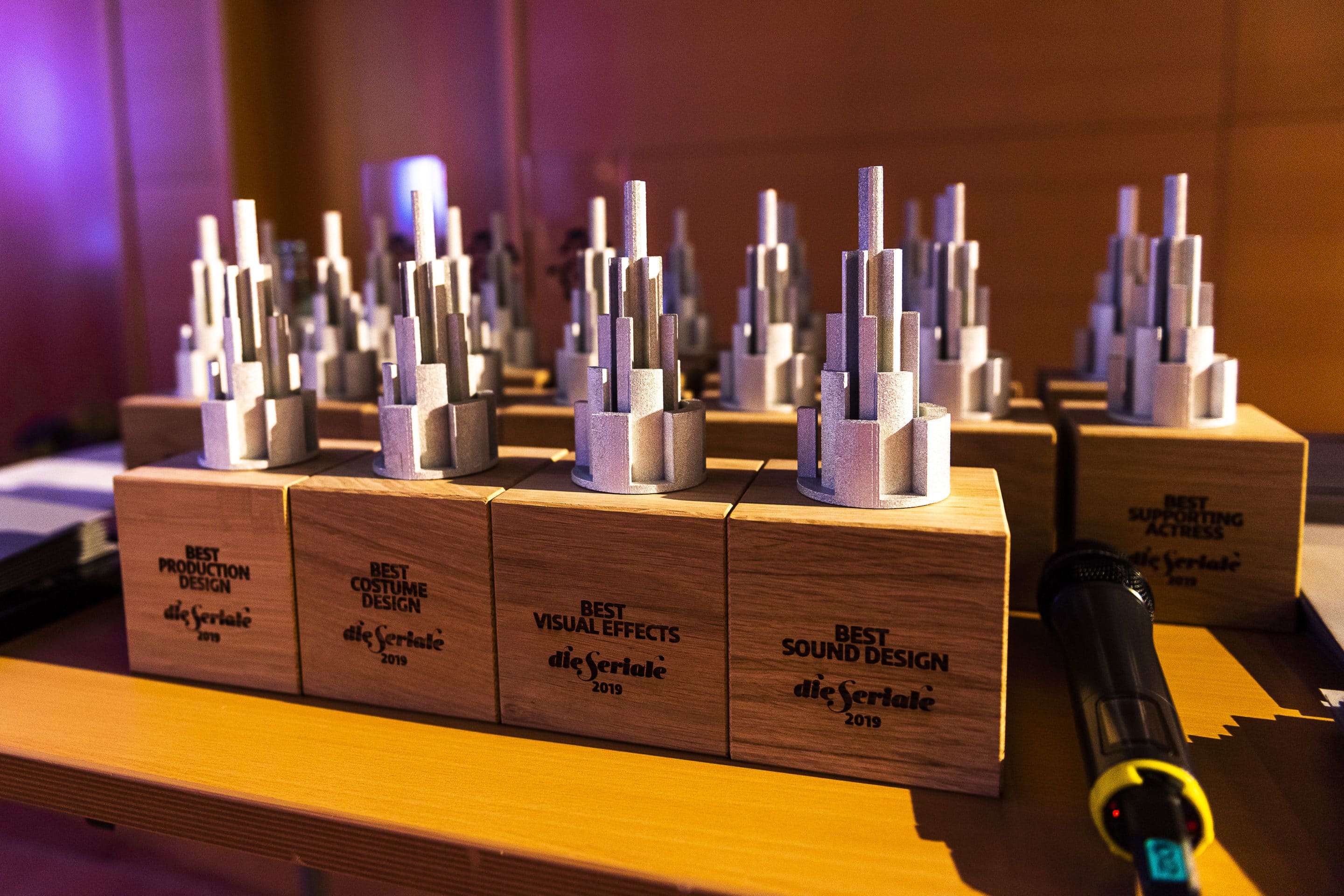 Photo Credits: Ralf Hofacker
The award ceremony will be taking place in a live stream – as glamorous as always!

Many creators, actors and actresses from all over the world will be cut in live during the two-hour Red-Carpet event and will be available for online interviews. Do not miss Die Seriale 2020 edition! Check out the official website, keep posted through Facebook, Twitter and Instagram and download the Videmic app for watching the web series easly with your smartphone or tablet. See you online, folks!