This October 31st is a strange one, as the whole rest of 2020: we can’t celebrate, we can’t be all together, and we have to keep social distancing. But we can spend the spookiest night of the year (even though this year was already scary on its own) by binge-watching some chilling web series for Halloween. Here our proposal: couch, homemade popcorns, a jack o’ lantern near the window and 5 spooky web series. Isn’t it a perfect plan? For helping you in choosing what to watch, we’ve selected 5 different web serial titles suitable for all tastes. If you are in the mood for watching something different this Halloween, staying safe at home, keep reading this article and find out the chilling series we’ve selected. 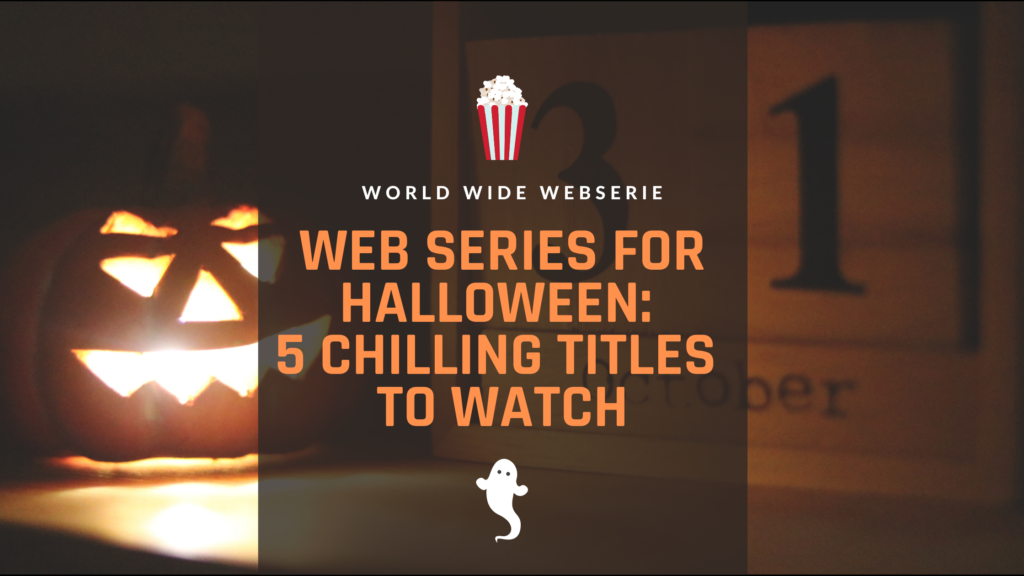 #1 AFTER NIGHTFALL: WHO KILLED TROY MCLEAVEY?

A web series to watch for Halloween is definitely After Nightfall; a noir styled series that turns around one question: “Who Killed Troy McLeavey?”. Online you can already watch two seasons of this Australian horror digital series, that starts with the murder of an 18-year-old boy from a small town, where everyone knows each other. And everyone is a suspect: every member of his family, his drug-dealing uncle, his boyfriend, his ex-boyfriend and conservative parents, the town thug and the sleazy local bookshop owner… Do you want to find out who killed Troy McLeavey? So, watch After Nightfall this Halloween!

🍿 Watch Season 1 and 2 of After Nightfall

#2 DEMON X: FOLLOW LILITH IN HER BATTLE AGAINST LUCIFER

There’s no Halloween without the battle between the Evil and an exorcist. And Lilith, kidnapped at birth and raised in secrecy by the Church, is the most powerful exorcist in existence. Unbeknownst to humanity and Lilith herself, is Lucifer’s plan of creating an eternal hell on Earth through his son Damien. What’s the only thing standing in his way? It’s his own daughter, who has forsaken her royal lineage to fight for humanity the most epic battle. If you are looking for a bloody, horror, urban fantasy, supernatural web series for this Halloween, you have to watch Demon X.

#3 CHATTERBOX – ESCAPE THE ASYLUM: AN INTERACTIVE WEB SERIES FOR HALLOWEEN

In this article dedicated to web series for Halloween, could not miss an interactive project. If you liked Black Mirror: Bandersnatch and all the interactive web series we told you about in these years, meet Chapter 1 of CHATTERBOX: Escape the Asylum. This series puts you in the mind of Jed, a sectioned madman. The two voices in Jed’s head will guide you, allow you to make choices, directing Jed toward disaster or rapture. There are, of course, other patients and, between them, there’s a famous escapist, a religious scholar and an ex-nurse. They all battle mental illnesses, banding together to help Jed escape. But… Can you ever outrun madness? Find it out watching the series!

On IMDB the storyline of this web series says “Bondi is a world away from Sunnydale, but it’s got its very own vampire slayer, Riley Fox” and we think you need no more for watching Bondi Slayer. Riley Fox (performed by Victoria Beck, who’s also the creator of the web series) is a 28-year-old atypical Bondi resident, who tries to navigate men, booze and the un-dead. Because, of course, she’s a vampire slayer. She’s a tough, broken, sassy heroine who has been thrust into this vampire slaying world after her sister passed on the mantle. She is a female action hero, struggling to balance her slaying duties with her dysfunctional life in Bondi. She wants to fit in, but she often pushes people away because she believes that, if someone gets too close, they’ll die. And there’s something more that doesn’t help to have a normal life: she loves vodka too much, and there’s a bounty on her head. But stop with the spoilers and let’s watch this web series for Halloween!

And last but not least a sci-fi web series that definitely gives some chills. Summer’s Monster is the story of Summer, Hanna, and Rodger who are trying to uncover the mystery behind Summer’s missing Grandfather. While searching, the group is confronted by an inexplicable find: a monster in the woods. Realizing that it’s not harmful, they discover the monster has been trying to communicate with Summer. As the group grows closer to finding Summer’s Grandfather, the monster reveals its true intentions and the group must come together to save the humankind. Watch it!

And this is it, folks! Let us know in the comments what do you think about these chilling web series to watch this Halloween. Have a spooky web serial Halloween at home, everybody! Stay tuned and safe.

This page is also available in: Italiano